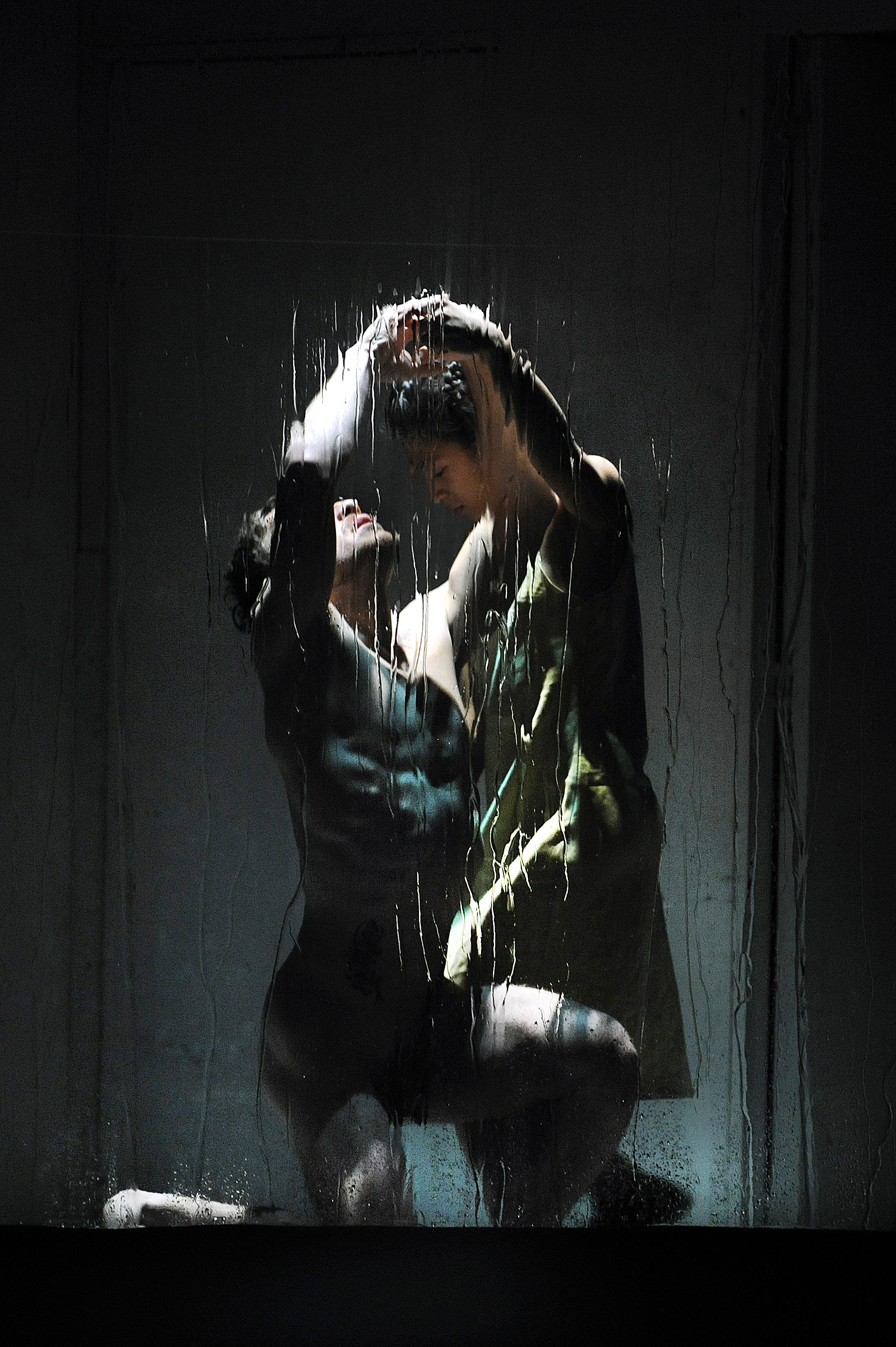 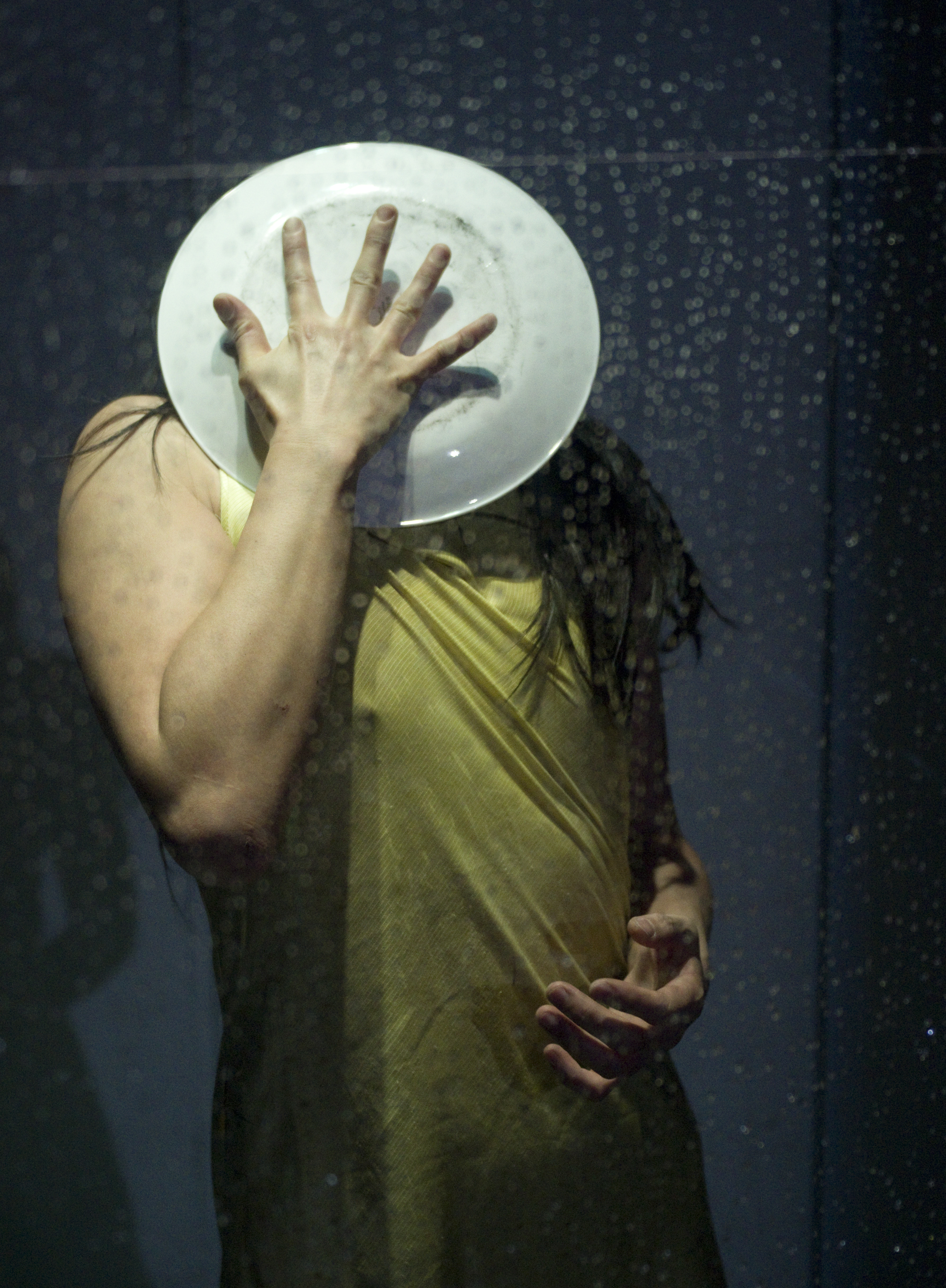 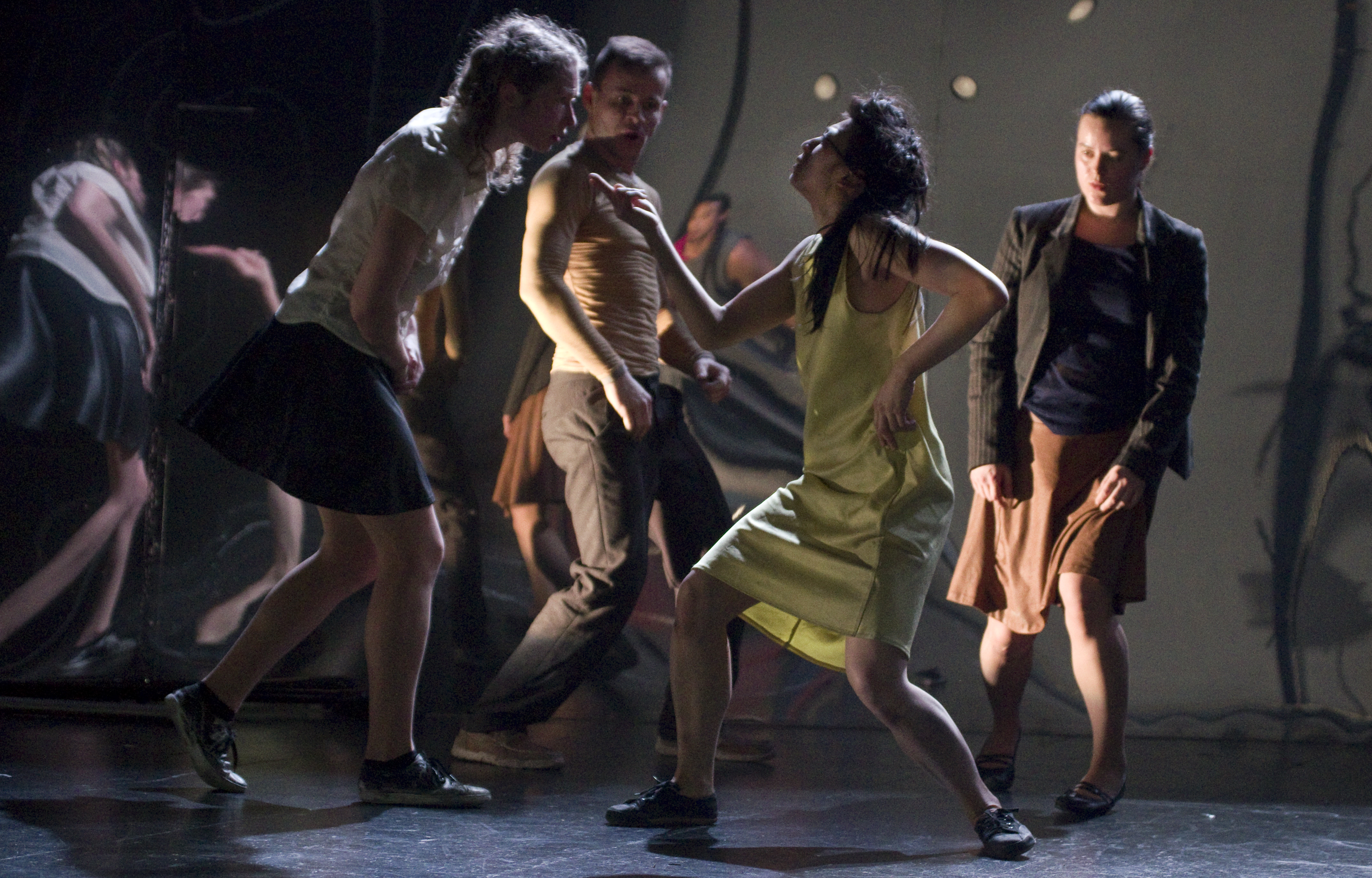 Whistleblowers is a hypnotic and disturbing probe on the borders of physical theater, video and documentary theater. It was created on the basis of true events which came to a scandalous judicial conclusion in Switzerland only in 2013. A well-known food corporation placed a spy, a young woman under a false name into a group of young activists. Farm in the Cave made a targeted
penetration in to a world which had until then been unknown to them. The research took place in Brussels European headquarters where we led interviews with activists and corporative lobbyists.