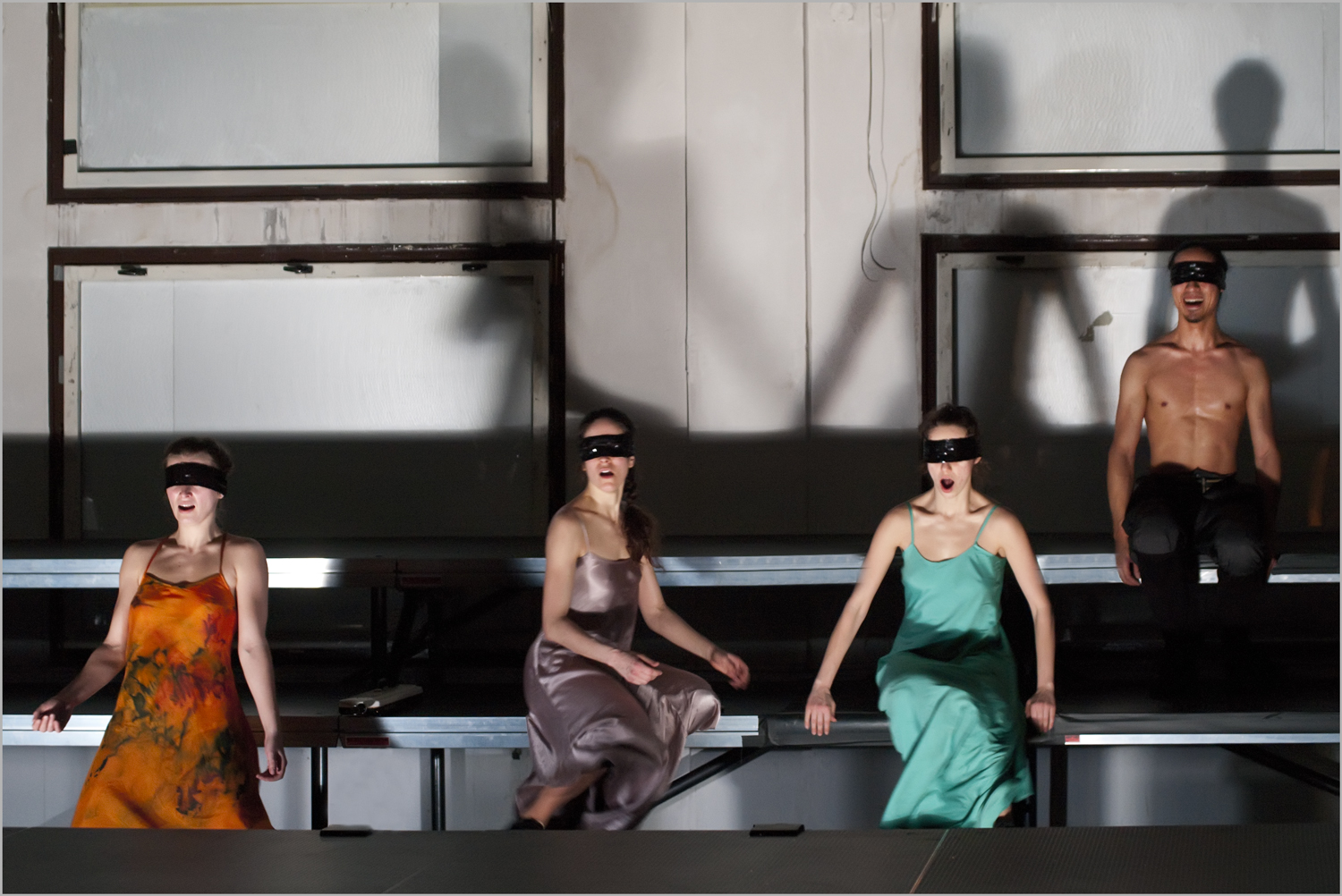 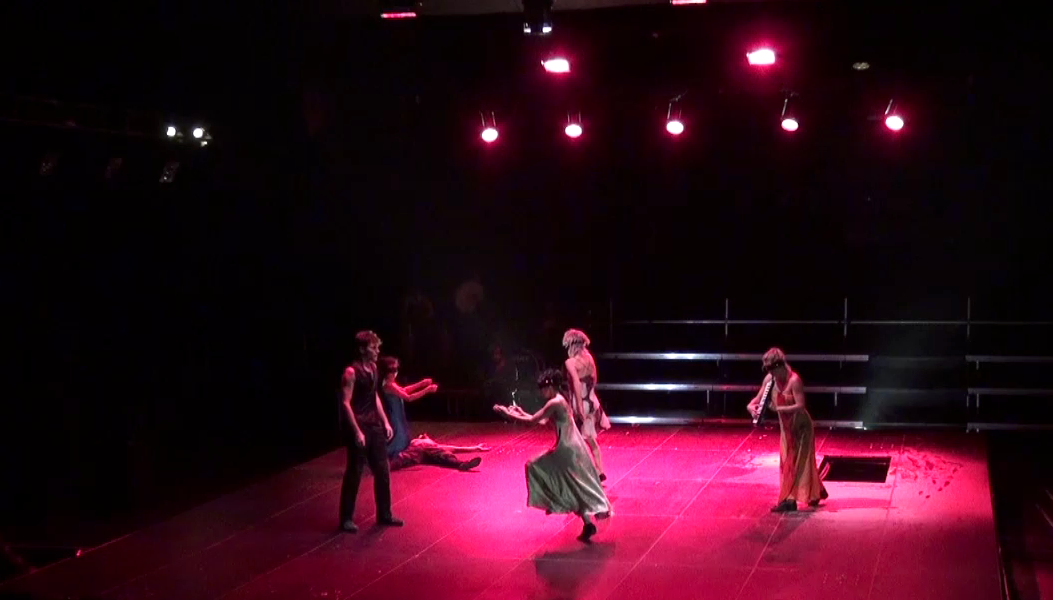 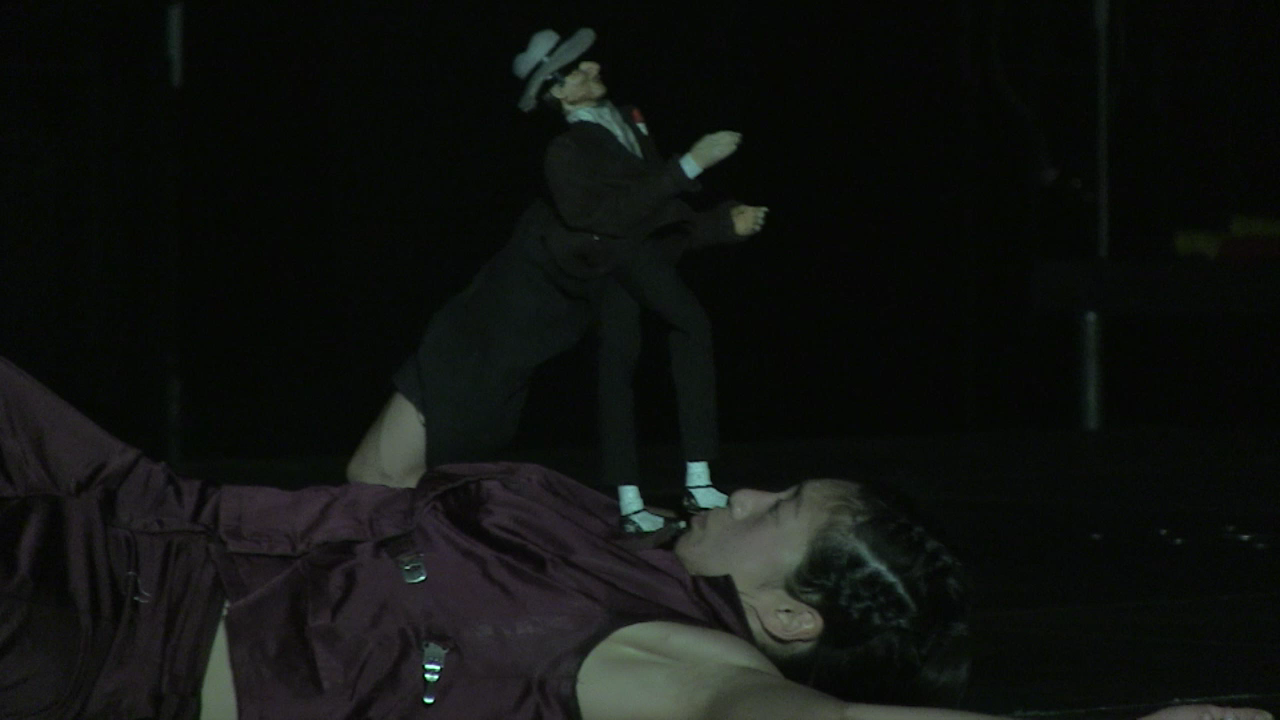 The Theatre was created after expeditions to Brazil and based on researches on Afro-Brazilian cultural manifestations in the Northern Brazil territories. A game for actors and spectators which can overpower its own players, a game that no one can escape. The production is based on the breathtaking vitality of rhythms and dance steps of Afro-Brazilian slaves. What happens when one loses one’s cultural identity, thus losing a source of vitality and a sense of life?
Presented at XII Europe Theatre Prize New Theatrical Realities for Viliam Docolomansky, awarded, in St Petersburg, Russia.